Jubilant residents of Benin City on Sunday trooped out to celebrate the victory of Governor Godwin Obaseki of the Peoples Democratic Party over the governorship candidate of the All Progressives Congress, Pastor Osagie Ize-Iyamu, in the Saturday poll.

This was as a former member of the National Assembly from Kogi State, Senator Dino Melaye, also mocked Oshiomhole and the national leader of the APC, Asiwaju Bola Tinubu.

Obaseki had contested on the platform of the APC in 2016 governorship election against Ize-Iyamu who was then the candidate of the PDP and Obaseki won.

While celebrating Obaseki’s victory on Sunday, Melaye said Oshiomhole had been reduced.

“Fellow countrymen and women, I salute you once again. I am reaching you directly from Edo. What  we used to have as Osho Baba has now been reduced, downgraded and degraded to Osho pikin. Nobody should call Osho Baba again, never! The only thing you now have is Osho pikin…..

“How can you expect that a man with the umbrella will not win during the rainy session? Definitely, the PDP won. APC, how market? Oshiomhole, how market?” Melaye said before bursting into a song to mock Oshiomhole and Tinubu, who had released a video ahead of the election, urging the people of Edo to reject Obaseki.

Also, some of Obaseki’s supporters said Oshiomhole should relocate to Lagos to join Tinubu to help him cope with the shame of the defeat.

Obaseki’s supporters called Oshiomhole many  unprintable names, saying he became too arrogant after the people of Edo State compensated him to win the 2007 governorship in the state.

While dancing and singing, some of the youths said, “He (Oshiomhole) should relocate to be living with his godfather in Lagos.”

A driver, who identified himself as Lucky Godwin, said, “Edo no be  Lagos; we told Oshio and his father that they will be humiliated and that has happened.”

A Lady among the supporters, who identified herself simply as Rose, said “This victory is sweet; e dey pepper Oshioo.”

Mourinho sacked by Spurs ahead of Carabao Cup final. 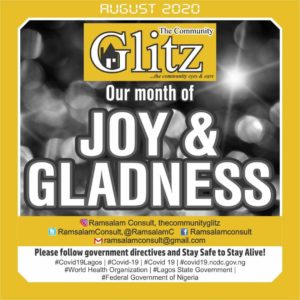 CORPORATE STATEMENT ON THE NEW BOARD CONSTITUTION